For those who are new to riding, the most intimidating part may be learning to change gears. If you drive a car with a manual transmission, the process is similar. Here is a quick lesson on shifting, starting with the control layout:

The clutch is the lever on the left of the handlebar; squeezing it will disengage it and disconnect the drivetrain. The throttle is the grip on the right side of the handlebar; rotating it backward will increase the throttle, while rotating it toward the front will decrease the throttle. The shift lever is located in front of the left footrest. Pushing the shift lever completely down will select first gear. Half a click up from there is neutral and a full click up is second. 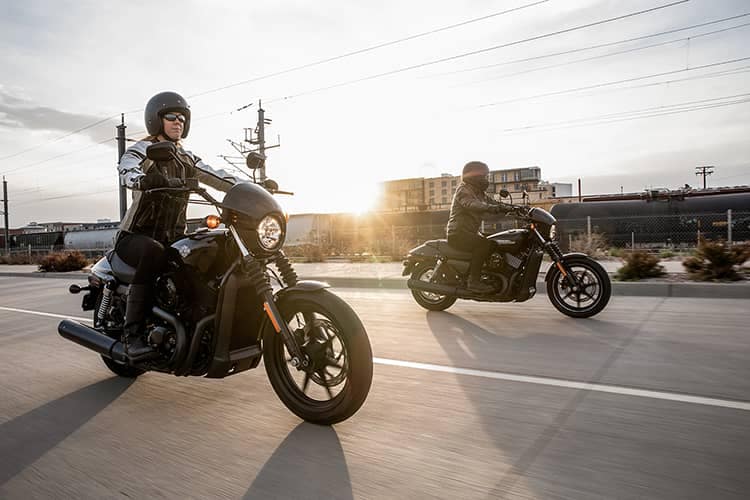 Before shifting into first gear, it is good to learn where the clutch engages. Squeeze the clutch lever and put the bike into neutral. Start the engine, and while squeezing the clutch, push the shift lever into first.

Once you are in first gear, keep adding throttle until it is time to shift to second. Determining when to shift will vary on the bike, road conditions and travel speed. While most bikes are happy shifting at 5,000 to 7,000 RPMs, it is best to judge by the sound and feel of the engine. As you move faster, its pitch will increase. When the pitch is high, it is time to shift. If you shift too soon, you will hear the engine struggle, which will help you learn the correct shift points.

When it is time to upshift, release the throttle, squeeze the clutch, and move the shift lever up to the next gear. Then, slowly add throttle while releasing the clutch lever for a smooth shift.

As you are slowing down or stopping, you will need to downshift, and when the pitch of the engine drops and it starts to struggle, it’s time to do so. To switch into a lower gear, release the throttle, squeeze the clutch and push the shift lever down. Then increase the throttle to raise the engine speed, and slowly release the clutch. When downshifting, the idea is to temporarily raise the engine speed to match the bottom of the higher gear, before allowing it to slow down, smoothing the transition and preventing rear wheel lockup.

Practice Your Gear Shifting at Our Riding Academy