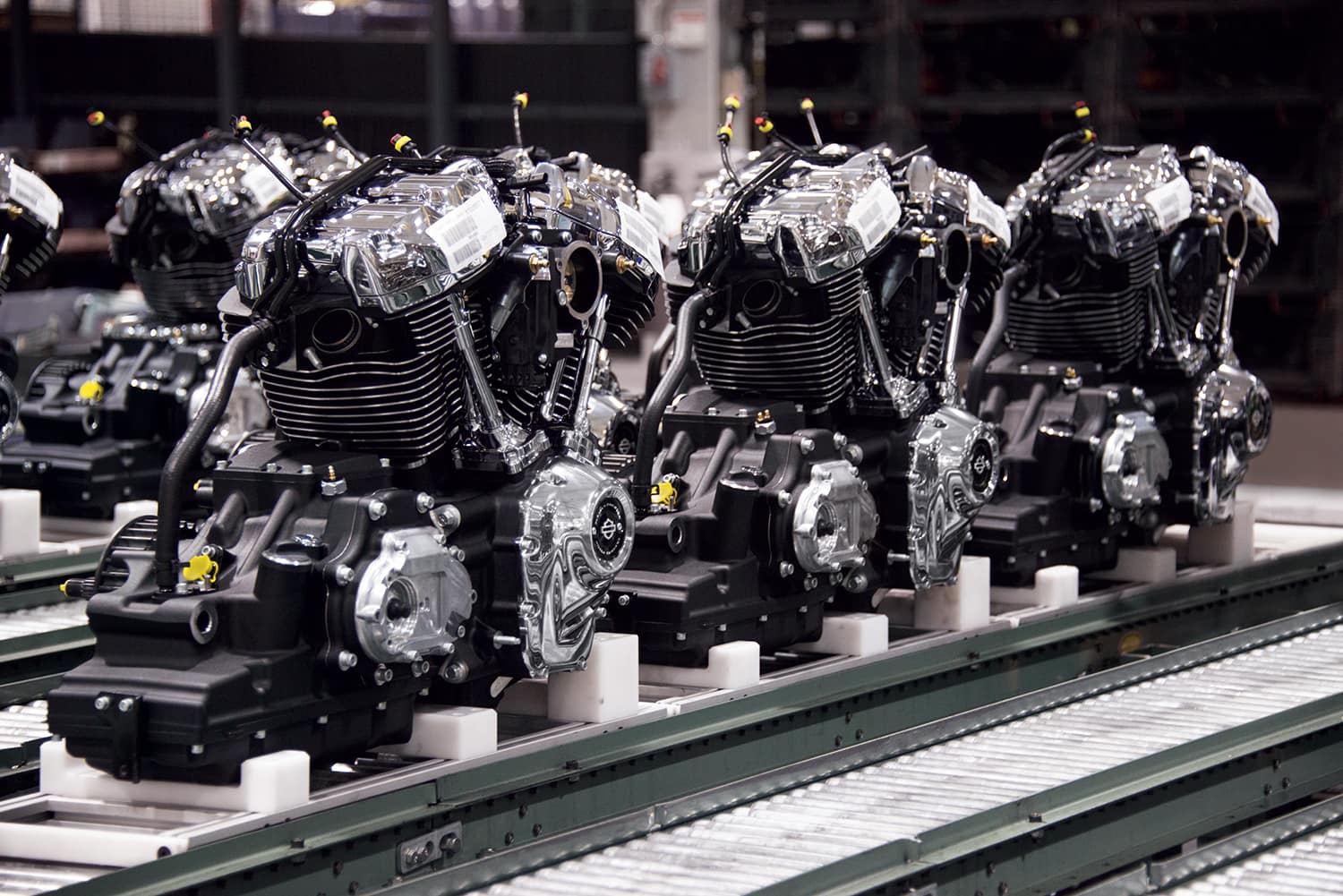 Over the years, our Harley-Davidson dealership has seen some pretty incredible innovations come from our favorite bike brand, but the Milwaukee-Eight Big Twin Engine has managed to make it to the top of the list pretty quickly!

There was a lot of buzz around this new powertrain when Harley unveiled the innovation with the announcement of the changes for the 2017 models. Every Harley-Davidson dealer around the country was excited to get their hands on this powerful new engine, and the excitement didn’t disappoint.

About the Milwaukee-Eight Big Twin Engine

True to the Harley brand, the Milwaukee-Eight packs a powerful punch. At 107 or 114 cubic inches, this ninth-generation engine will likely propel the foundation of Harleys for years to come. Offering intensified performance, you can expect to hit speeds two to three bike-lengths faster than the old 103 ci motors with the Milwaukee-Eight.

The engineering that went into creating this engine produces less mechanical noise, which creates a more enjoyable ride all around. Rest assured, however, the signature roar of the exhaust everybody associates with Harley hasn’t gone anywhere.

What’s Different About the Milwaukee-Eight?

The short answer: everything. Harley redesigned its engine from the ground up. The Milwaukee-Eight features brand new:

It’s a single-cam, chain-driven engine, which is a big difference from prior models’ twin-cam engines. This model has a total of eight valves, hence the name. The cooling system received a major overhaul as well. The Milwaukee-Eight operates with a combination of air- and water-cooling. The new design changes the way water is fed to the water pump and thermostat by taking the water lines around the exhaust ports and heads.

There are a few features that resemble Harley engines of the past. For example, some people say the rocker box covers pay homage to the old Knucklehead. You’ll also still find hydraulic lifters and the traditional pushrod system.

The Milwaukee-Eight Big Twin Engine is a marvel best understood in person. Stop by our Las Vegas Harley-Davidson dealership and take a look for yourself. Schedule your test ride today!